Memcache a distributed memory object caching system.It is very useful caching system which can be use different types of programming language like php,python.Memcached is free and open-source software, licensed under the Revised BSD license.Memcached runs on Unix-like operating systems (at least Linux and OS X) and on Microsoft Windows. It depends on the libevent library.In this blog we will know how to install memcache in your machine.I give an example how to install it in ubuntu.Just run those command on your terminal and memcache will install 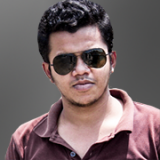